First weigh in with the new scale is here and I can't say that I am unhappy with the results but it could have been a better week because I did everything right...besides a few nights of less than optimal rest. Getting right to it 305.2 was what the display said and it had that same number all three times that I stepped onto the scale so into the books it goes and a one pound loss for the week. I am now 229 pounds lighter than when I started this whole weight loss gig which translates into 42.88% of my total body weight in losses and every week that I do this I get closer to a crossing point where I will weigh less than what I have lost. When I set out on this whole process I chose 275 pounds as my "I think I will look good at that weight" weight, and the closer that I get the more I think I want to stop closer to 250 pounds but I am happy at 305 so that will be found out as I get closer because at some point I am going to focus on strength training with cardio as secondary, which just means that it will be more balanced because right now I focus on cardio much more than weight training. 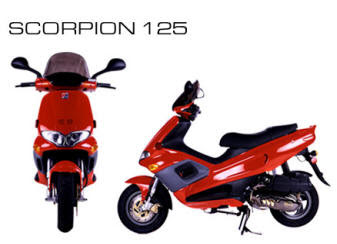 This Scorpion scooter weighs in at 229 pounds and is what I have lost to date. 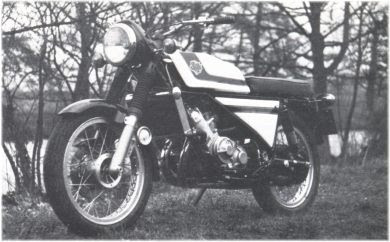 This Scott Mk1 silk 700S came in at 305 pounds and is what I currently weigh.
If I were to get down to 250 pounds I would feel like I should just keep going and get to 234 so that I could say that I lost 300 pounds, the fact that I can realistically lose 300 pounds and still weigh 234 pounds is fucking amazing and there is no other way to say it. I was at a point in my life where I weighed more than a quarter ton, say that out loud and you begin to see how crazy that is and now I am a mere 30 pounds from hitting 275 in under two and a half years. Ultimately I have no clue where I will end up with my weight, I am six foot five feet tall and honestly feel that I would look too small at 234 pounds but I don't know where that image comes from as I was probably 11 or 12 the last time I was remotely close to that weight. Its just a matter of time before I get where I want to with my weight, I would say that I am already there with my health because the limits of what I can do these days far exceeds anything that I can remember.

A few days ago My wife and I were featured in a yahoo health article which was a copy of the Woman's day article that we were in but it spawned a lot of email to my inbox and I first want to say Thank you all for all of the kind words! I enjoy getting personal emails like that and I literally had a full inbox that day and am still getting responses. The same question was repeated in a lot of those emails that I got and that question was "Do you have any tips for a beginner that is just starting off with weight loss?" and I guess the only thing I can say is take it a day at a time and stick with it no matter how hard it feels because carrying extra weight around is much harder than skipping a cookie or a soda. I feel that if people could have just a glimpse of how life is post weight loss vs the struggles that take place when we weigh 50, 100, 200 or more pounds than we should that many more would just do it because the contrast in my life from then to now is indescribable.

When I began down this road essentially to life it looked like an impossible task to me staring down from the bad side of 534 pounds, I thought about how many pounds that was and all of the work that it would take to do it and on some days it felt like I may as well try to fly to the moon hanging off of the feet of a sparrow but I kept going. The alternative to the hard road is an even harder road of missing out on everything that life has to offer because of the leash that holds us to the couch or moving in short spurts because anything more than 10 minutes gets the hand grenade in our chest bumping and spurting its way towards boom! I can't really say what my "tip" for a beginner to the weight loss game would be because I feel that it will be different for every single person and their own personal struggle and what worked for me may not work for everyone. The thought of not being there for my daughter was a strong force in me getting my shit together among other things but I think in a more general kind of way that we all know what to do, we all know how to do it and we all know that basically moving more while eating less is what must be done its the how to deal with that mental block that is really the hard part, get over the mental part and the physical just follows along.

Another successful week on the record books and another pound closer to my goal weight I am happy with the loss this week because a loss is a loss is a loss which is not something that I agreed with early on in my trip to the half. That will conclude this message from the emergency weight loss broadcast system, you may now go back to whatever it is that you were doing before clicking the link that brought you to my little nook on the internet.

That's all I got for today.
As Ever
Me
Posted by Zeusmeatball at 8:27 AM