Will today be your Day one?

This morning I woke up to a ton of email and a lot of messages on my facebook page which I encourage you to add me if it pleases you! that AOL article is to blame and it has put me into a magnificent mood! yes folks I just said magnificent! I have mentioned this before, I started this blog literally as a place to put my progress or back steps in a more public kind of way and it has become so much more than that in the last 983 days which wow! I've been at this for 983 days?? When I began down this road I wasn't sure what would come of it, I did not know if it would be a failed attempt or if I would be down to my goal weight in record time and for whatever reason it stuck this time and here I sit in my plush couch typing a blog and there is an article on a website called "Thatsfit" with me in it! I tell you that I can clearly remember writing my first post titled Day 1 and never did I think that I would be associated with something called Thatsfit, perhaps "ThatsFAT" but not the other. 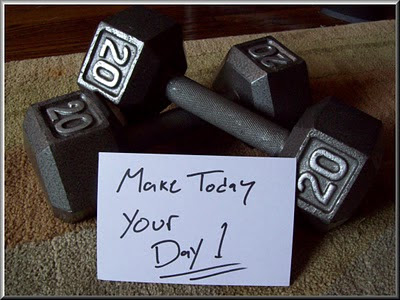 My Thursday went very well, my calories came in at 1810 which is just about perfect and I went over because of having a pear around 8:30 last night so I am cool with the slightly over. When I was at the gym I decided that I hadn't been on the arc-trainer in a while so I did my 20-20-20 routine for an hour of cardio. The 20-20-20 is 20 minutes on the stationary bike, 20 minutes on the arc-trainer finishing up with 20 on the treadmill, I did change it up a bit because I did 25 on the bike and only 15 on the treadmill but a good solid cardio workout was had either way. My fluid intake was on par with just under 2 gallons of fluids between the H2O and green tea so hydrated I am and as I type I am already down a little more than a half gallon for Friday. I will not have a chance to get to the gym today so it looks like a bike ride around the lake is in my future which is more than ok with me, in fact I have come to enjoy my bike rides more than almost anything that I could be doing, almost.

I enjoy what I have done for myself and for my family, a two hour walk through a virtual world to kill a notorious monster has turned into a bike ride to the playground with the kids. Instead of a sack full of sodium laced processed meats and cheeses on a corn tortilla...er on 7 corn tortillas I eat fresh grilled salmon and sweet potatoes, Mangoes and green tea, the flavor difference is quite amazing if you don't believe me try for yourself! The fact that I can now decide that a walk around the lake or a hike on a local trail would be a good way to spend my afternoon is light years away from hoping that I was going to make it up the stairs before my heart grenaded inside my chest and ending up with a hole in the side of my house so that the firemen could drag me out.

When you were once 534 pounds and limited by that fact things look a little different that they do from a closer to normal weight, somehow things seem impossible when simply walking up a flight of stairs is a huge task. For the longest time I was in pain, I don't mean emotionally though that was there too, I had a back injury and 3 disks that were just not the way that they should have been after a work accident and something like that controls the way we feel mentally and obviously physically. Having been through an injury like that left me feeling helpless to get out of my own way and there were times that I physically could not get out of my own way but that has all seemed to change and that happened when I decided to completely revamp the way that I was doing things. I in the last couple years have learned that if a person wants something they need to grab it and make it what they want it to be, no one will hand life to you but giant plates of food and a sedentary lifestyle can and will take it from us each and every time.

Take back what is yours..
As Ever
Me
Posted by Zeusmeatball at 9:09 AM