This is my 1991 Schwinn Crisscross, I guess its suppose to be somewhat of a cross/hybrid bike and when I got it it was in decent shape but it did have its problems. The bike had a broken Shimano combo shifter/brake lever thing on one side and the original Suntour Xpress Accushift stuff on the otherand this would  be more of a problem than I thought when I decided to buy it, the seller of the bike also thought that it was a good idea to bath the whole bike in WD-40. Finding a shifter for it without spending more than I paid for the bike was a bit time consuming but since I was and am in no rush to get this bike on the road I wasn't against keeping an eye out on ebay for the parts that I needed. The bike seems to fit me decent and the top tube seems long, this is something that I find is comfortable for me when choosing a bike so this one will be a keeper once its done. Below is a photo from around the time I bought it and if you look you can see the broken Shimano shifter/brake combo and the torn foam grips, other than that the bike is in decent shape. 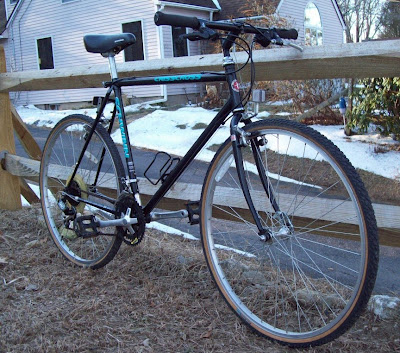 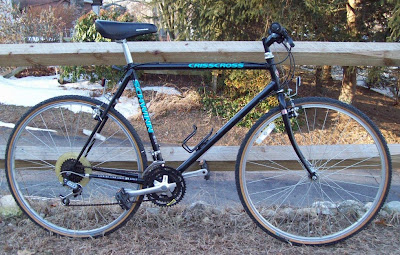 I found a set of NOS Xpress shifters on ebay for a really good price so once they arrived I installed them along with a Diacompe XCT brake lever that I had in my box of junk, the other side is an XCM lever but they match pretty good but for the sake of matching I will likely install the other XCT lever eventually. You can see the rusty bars with the terrible single foam grip on it after the installation of the shifter and brake lever, I have the grips covered with a set of Planet bike Trippy Grips but I am undecided on whether I will sand and paint the old rusty bars or just replace them with something out of the box O junk. 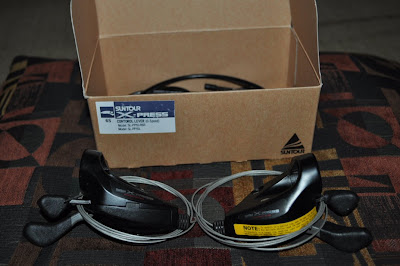 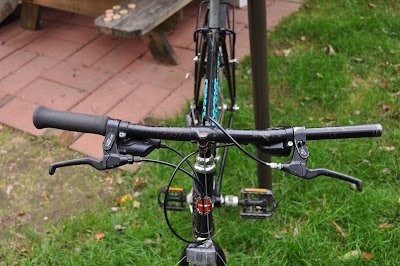 Since I want to make a pseudo commuter style bike out of the Crisscross and I say pseudo because I live out in the boonies and am a stay at home dad, I added a Blackburn rear rack that I had laying around and would like to eventually toss some fenders on there. The rack is for a 26 inch wheeled bike so it is a tight fit but it does fit, that is as long as I don't want the fenders and I think that I do so I am unsure that I will keep the rack on there for good. 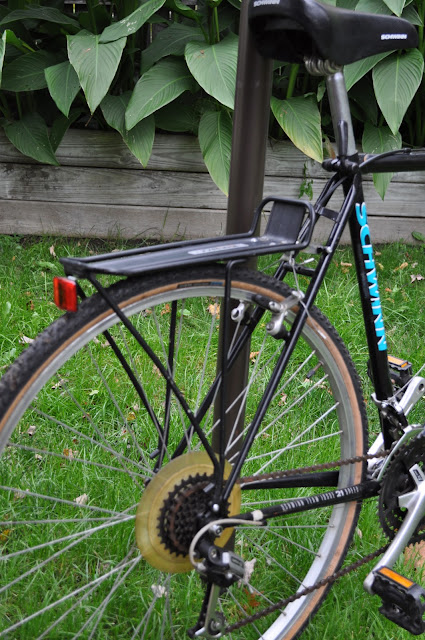 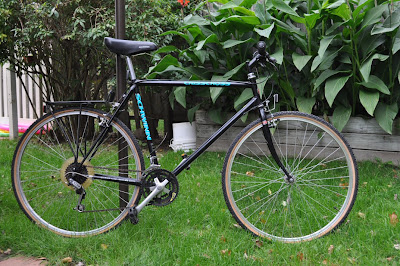 Future changes will include pedals, grips, fenders, new rear rack, possibly a front rack, new tires, and a new saddle for sure as the Schwinn saddle that is on there now is not comfortable and it only took a mere 4 mile ride to come to that conclusion. I think that it will turn out to be a decent riding bicycle once I am done making it mine but for now this is as it sits.

Thanks for checking out just one of my bicycles, be sure to check out the others via the links at the top of the page.