After the swift kick in the ass yesterday I decide to go for a walk to reinforce the message to my body that play time is over, I ended up doing just under two miles with the baby stroller. After I got about a mile out I realized that my son would be home from school in 5 minutes and I needed to be there to let him in so I hustled back for the second mile and just made it as his bus pulled up. If mowing the lawn counts I did that as well as far as exercise and I am coming to the realization that I am going to have to go see a doc about this shoulder pain so that  can start in on my daily push ups again. 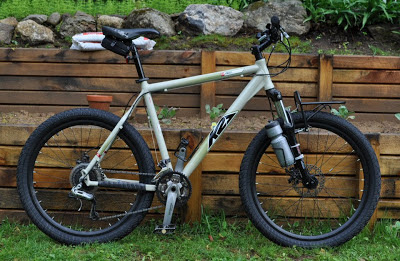 I will touch on the shoulder, nine months ago give or take I started having shoulder pain in my right shoulder, at first it was minor but its since gotten way worse and I believe it to be rotator cuff related. I can do daily life type stuff but anything past that is painful especially if I were to throw a ball, that motion is the worse. I need to look at this go at weight loss as new, when I was 500 pounds I needed to do things a certain way because of where I was then at 300 pounds I was almost unlimited yet now I am somewhere in between and if I think like that 500 pound guy I am in the wrong spot and I am not close to where the 300 pound version of me was so taking it head on as it is a completely new experience is how I need to advance through this.

Setting goals is going to have to be in my approach because well.. goals help and give a fella something to focus on while turning down brownies and declining the cherry pie. Setting a cycling goal for myself is on the chart and setting weight loss goals will be less prevalent this go around, I mean hell I am a scale addict when I am doing well so I will be aware of what my weight is doing but I have come to the realization that I really don't care what I weigh if I am unhindered in anything that I want to do. This sort of means that if I can do my 25 mile Sunday rides without death finding me on the trail or flattening my bicycle I am happy, currently I am not confident on my bicycles not because I cannot ride them but I worry about breaking something so riding tender will be where I am.

Riding tender? what the hell does that even mean man? well it means that even being a "clydesdale" rider I am merciless with my bikes, I RIDE my bikes, I do tend to ride light but at my current weight I feel that I may be pushing my luck even while riding light. When I say riding tender I mean literally just getting the pedals turning on easy rides, no standing on the pedals and no off road excursions because "hey that little trail over there looks fun" but I do need to get back out there even if its short trips to get things going again and perhaps gain some confidence back.

I recently bought some big ol fatty tires for the K2 which is pictured above they are CST Cyclops 26  x 2.4 tires and are extremely ummm rotund so I am using that as a reason to get back onto the bike as well.  My shoulder keeps me from riding as much as I would like to as well, but it is what it is I suppose for now but I am hoping to get things lined back up and having my body begging for mercy again because this me begging for mercy thing just don't fly.

So with all of that said it is time for me to hit the road and get a couple miles into my day, I am going to try and get a few minutes later for a quick spin around the lake as well because when I am moving the weight typically comes off. I hope that was enough random for your day coming from my direction because that's what I got for today, I have never seen cookies jump into someones mouth on their own before so as long as I don;t pick any up they should stay out of my mouth.

Everybody freeze! this is a robbery!

I feel like I am robbing myself of all of the things that I earned and saying earned is odd because most "normal" sized people need not earn them as they are just a given in most cases. Once upon a lullaby I was a 500 plus pound man wondering if it would be on the stair case or maybe on my way outside to bring the trash out when my heart would grenade and seven poor souls would have to lift me into an ambulance and then that changed. I decided that enough was enough and it was time to get serious about living before death got serious about finding me in a dark alley and cashing in and this here blog was started and viola that along with a piss load of hard work and discipline lead me down a path that ended at a healthy 300 pounds, which sounds funny but its true.

I have in my life right now something that DEMANDS my attention and I am an emotional eater through and through if I had a single wish it would be that was not a fact but it is and its not easy to distract myself when the shit hits that proverbial fan and lately trust me when I say that I am covered in it. This is a problem because as you know its not easy to stay on track all of the time without the distractions to use a nice word for them so managing to do what needs to be done while the water keeps rising is not a remedial task at all, but alas.. it must be changed.

Ya see sometimes though over in the corner is that other guy, that guy who battled his way down from 534 pounds to 300 pounds and every day at the gym status. Hes sitting there watching all of this shit go down in front of him and he knows that if he just sits there and allows it to happen that the cage door is going to swing shut again. That guy knows how to do what needs to be done, he understands the repercussions of sitting idly by while shit goes to hell around him and he one hundred percent realizes that even surrounded by stress that sooner or later the hammer will drop and which side of the fence he ends up on is placed squarely on HIS shoulders. 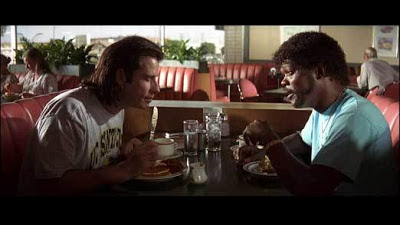 So... What to do about it? Perhaps allowing stress that would shatter most people and I suppose you could say that I am letting it do the same to me, destroy the health of a man who worked so hard to completely 180 his life and the way he was treating his body is one way to go. Something else that could happen is that instead of understanding whats causing the distress and allowing it to dictate what the next step is that maybe, just maybe I snatch life up by the throat once again and tell it to go fuck off because I got shit I still need to do should be the direction I lean instead.

I am stronger than anything that will stress me, I am the one who steers the truck and I can either let go of the wheel and let the shit that seems to be trying to tear me down be in control or I could remain in full control of these things. I think its time to to tell life to reach into the bag and give me my wallet back, I will allow it to keep what it has taken, I will allow it to have its small victory but ultimately it needs to understand something and more importantly I NEED to understand something, I determine what I put into my body, I determine whether I will go for a ride on my bike or for a walk, I decide.

Yep, Thats the one, its the wallet that says bad motherfucker on it so with that said, and I am repeating myself here its time to turn in my little bitch card and man the fuck up.