What you see here is a 1988 Specialized Rockhopper comp, I picked this bike up early in my gettin' back on a bike time line and I honestly didn't know too much about mountain bikes when I found it on Craigslist. I called the fellow up, we made arrangements and a short ride later the bike was hanging off of my bike rack and on its way to my house. On the way home I thought that I would stop into a Local Bike Shop (LBS) to see what they would quote me to get it road worthy again to which the fellows response was "It's going to cost more than $150 and rather than do that I have this used bike right here that will do the same job" Not really the point nor the answer to the question that I asked so I thanked him for his time and took the bike home. 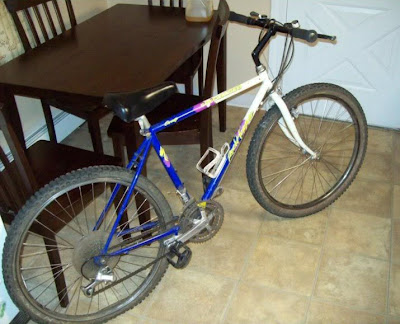 This is as I got it, flat dry rotted tires, rusty everything and in need of some love.

I started looking around online to see how one would go about removing rust from an old bike and found lots of good information, I read on one site that using aluminum foil and rubbing compound would do the trick, since I had both of those things I started scrubbing. I don't know how long it took to get the bike looking good again but I pretty much didn't stop scrubbing and polishing until it looked decent to my eye. The bike is slightly too small for me but it is ridable if I put the seat post and stem at its limit and since I don't really do long rides with this one I am fine with it being a tad small with its 18 inch frame, I ride a 21 inch frame but a 19 works for me too depending on the bike. I did document the process, well the before and after photos anyways and below you can see the difference in what I started with and then how it cleaned up, enjoy. 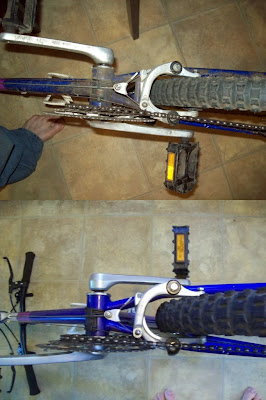 Notice the U brake, I thought that was interesting when I first saw it. 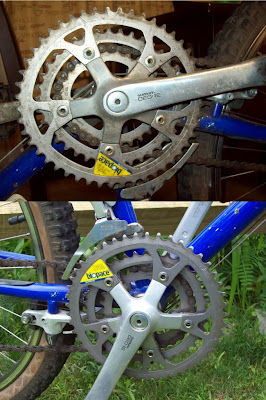 I may change the Biopace crankset out if I start using the bike more regularly. 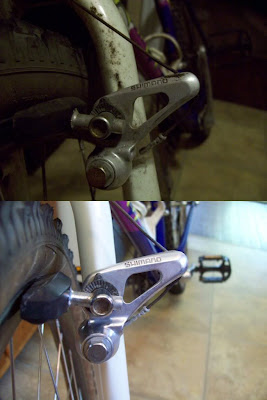 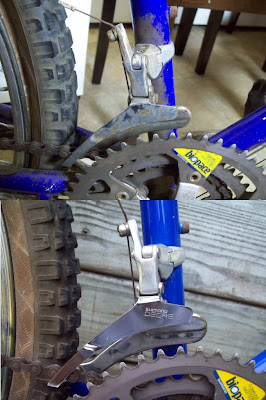 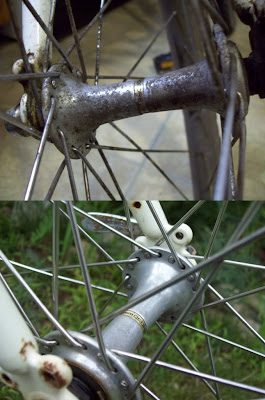 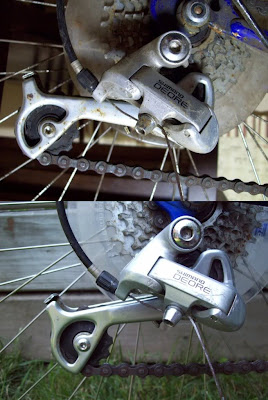 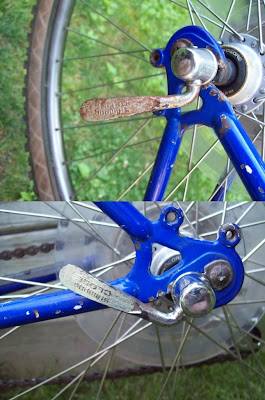 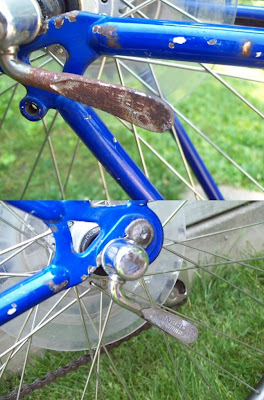 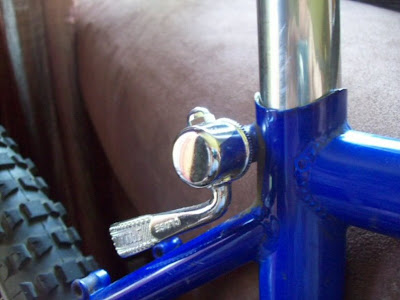 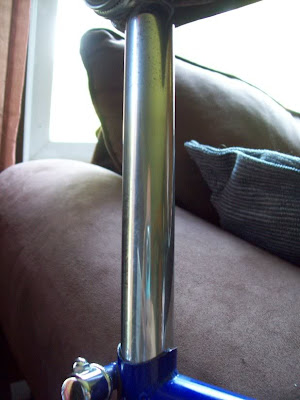 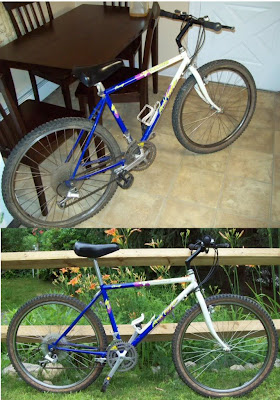 
Over all I think the bike came out great! That bottom most photo is as the bike sat after I finished the clean up and was as I got it, note the ragged dry rotted tires are still on it at that point. I have made a couple changes since that image was taken but not many, different saddle, seat post, a set of Specialized tires, different water bottle cage, some touch up paint work and new grips and I have plans to change it a bit more before I am done. I am adding a set of Kenda Klaw 2.1 tires, possibly a set of Serfas fenders that I picked up on the cheap and if I go with fenders I will add a rear rack and use the bike for when its wet outside. Because of the fact that it is slightly small for me I may add a longer seat post to pick up about an inch of leg room and a set of riser bars that I have laying around but that's something for a later time. 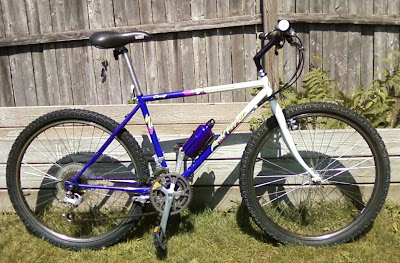 
Like the K2 I have a connection with this bike, perhaps because it is the first rehab that I have done since getting back into cycling or maybe I just like the idea of having an old steel mountain bike to beat around on or loan out. I like the bike so much that last spring I was selling another Specialized bike that I rehabbed and on the test ride I rode with the guy that was buying the Hardrock and I took this bike, in addition to buying the Hardrock that he was test riding he offered me $200 for this bike and I turned him down. Turning down a clean $200 for something that I have more fun time than money into may not have been the best idea in the world but like I said, there is something about this bike that I like.

I will update this page as things get added/taken away from this bike.