This is an interesting acquisition for me, it was totally by random that I got it and its not even my size but looking at the bicycle one can tell that it is well built and since it is close to my wifes size I thought that I would rehab this old Zullo Criterium in an attempt to get her riding with me. I have not done a lick worth of work to this bike as of yet and the images to follow are exactly how I got the bike, wait, that isn't totally accurate, I got it without the wheels but when I realized that I had not got the correct wheels with the bike I went back and got the wheelset that was on the bicycle originally and I am glad that I did. 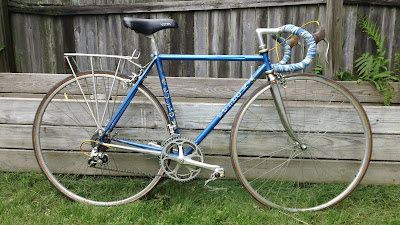 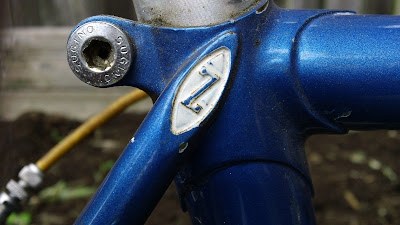 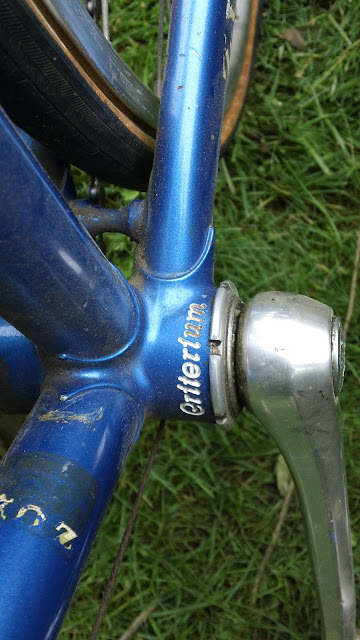 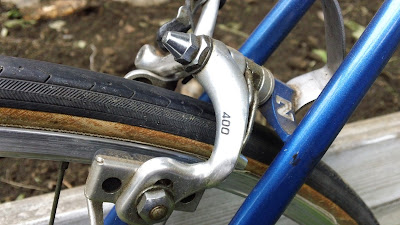 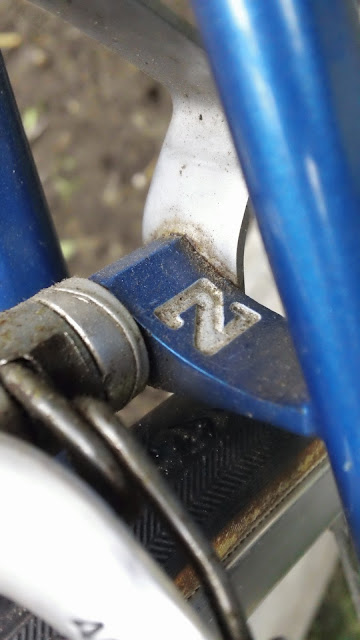 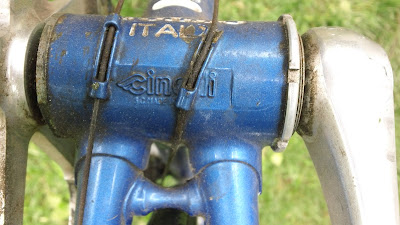 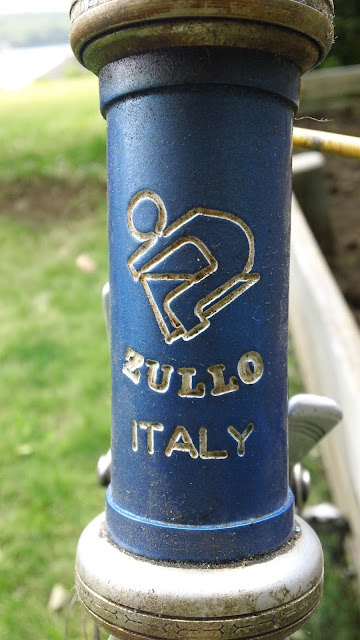 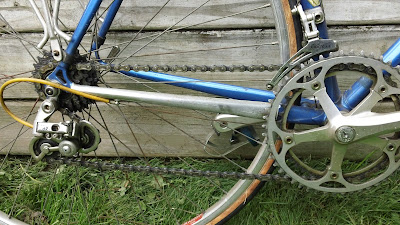 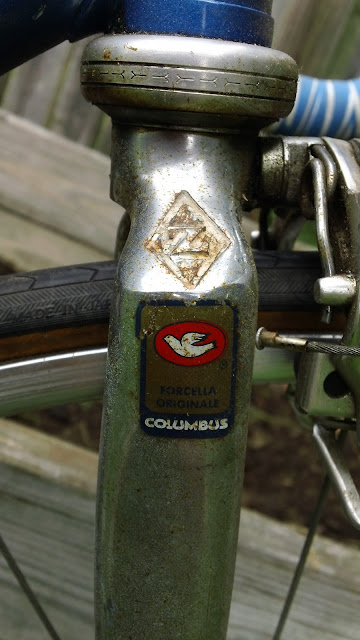 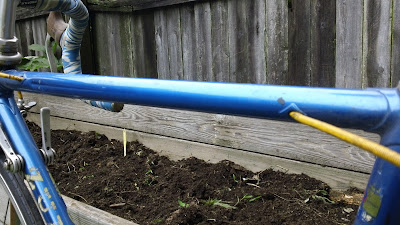 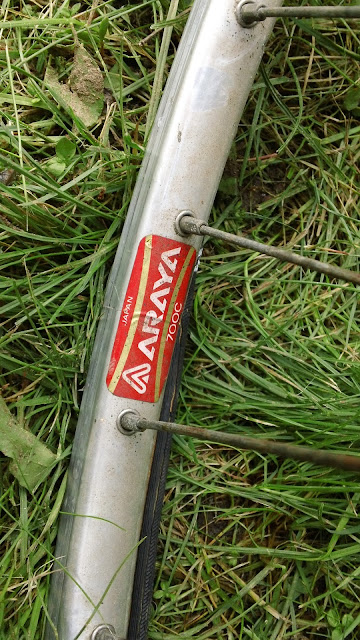 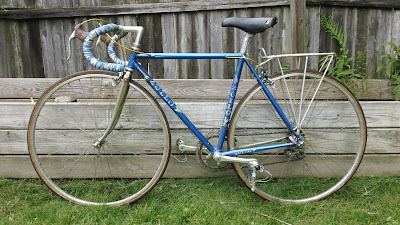 Out of every bike that I have come across since getting back into cycling and refurbishing bikes this is the one I most wish was in my size, as I mentioned it seems very well made while being extremely light weight. I like the blue and white color scheme as you may be able to tell going off of the my X-caliber and Rockhopper and this would have been a great addition to "My" bikes, but alas it will go to Wify and if she refuses I don't know. I have not touched this bike since adding it to my collection past taking a quick look and since these photos it has had a quick wipe down but pretty much needs going over completely. I will remove the rack of course and very likely go with a white saddle and bar tape but beyond that I am not sure what the plans are right now.

I did send an email off to Zullo bikes and got a response from Tiziano Zullo stating that going off of the photos and what I described that he believes it to be an early 1983 build so that's what I am going with. He stated that the Criterium model was imported to the USA up until 1985 and was the highest level bicycle The tubes were Columbus S.L. and the lugs and bottom bracket were Cinelli. Zullo only distributed frames with front forks to the USA, not complete bicycles. It was cool getting a reply from Tiziano Zullo and that only adds to me wanting to keep the bike for myself... but then there is that not my size thing again. Hopefully I will get this bicycle done sooner than later and will update this page when that happens.

Thank for checking out my bike! don't forget to check out the others via the links at the top of the page.